Life, but not as we know it

In our search for the Truth we are invited to climb over many barriers. Our basic root beliefs of life, its workings and trimmings are shaken and questioned time and time again. We have the choice to explore beyond the barriers or to safely stay within the grounds of life as we know it.

Life as we know it is a society, which is build on the principles of its knowledge. All structures and functions of that society relate directly to its beliefs. We, living in a society, are surrounded by examples of this. If you believe that bacteria are making you ill, you will endeavour to kill them off through extreme food hygiene measures which sterilises all your food in an effort to become healthier. If you believe that other people, other cultures are threatening your existence you will ensure a solid defence system to protect your people's interest and freedom; the freedom to think as I command, rather than others. If you believe that life begins at birth and ends with death you will do everything within your power to extend the time span between those two points; that being your main priority. The way your society looks and how it functions is completely determined by its belief systems. It is also walled in by it. Nothing outside the walls of your society - your beliefs - can be true, can exist. It is totally unacceptable to even contemplate anything existing outside our own belief system, and yet, "growing" and "moving on" can not happen without new input. Finding new ways to kill off bacteria does not change the approach nor the belief about what makes you ill.

In order to allow us to make progress we have science. These are our "learned friends" who investigate and report back to us what we should believe. We hold these people in the highest regard and do not question their integrity. We like to believe that our scientists are more willing to cross the barriers of society in order to establish Truth. However, life as we know it produces people as we know them: they live within the same walls. As they are highly respected they are quite happy living within these constraints and they do not have the urge to find out what lies, if anything, beyond the walls. As a matter of fact they have taken up their posts on top of the walls and are fiercely fending off anybody who gets near to the walls - no, no, not from the outside; but, from the inside. They do not want anybody to have a glimpse of what lays beyond the edge of our world.

Well, The Times They Are A-Changing.

How can one body express more than one life at the same time?
If there is life before birth and after death, what exactly is it that is alive?

We all know that the body dies and disintegrates. The material that we are made off vanishes. However, the power that drives that body does not. Physically there is no difference at all between the body just before and just after death; the cells, organs, tissues and fluids are exactly the same in both cases. Yet, one is alive, the other is not. The body of the person with multiple personalities is the same, yet the expression of Life can alter instantanously. "Life" must therefore be something different from the tangible material itself. In religion this is called our spirit. Without going into a discussion as to what spirit is and is not, we can agree here that at the very least it is something which supplies the energy to the material. For material, physical matter, to be alive it will have to have energy, and that energy comes from elsewhere, as opposed to from inside the matter itself.

A person exists in an energy form that never dies or disappears. It changes, but never vanishes. Consequently, everything that a person ever experiences will be remembered by that person, held within the energy field that person is. All experiences will alter the field but no experience will ever be lost. That person exists before birth and after death, has always existed and will always exist, and can easily decide to go through the birth and life experience again and again. Let's not go into the reasons why as that falls outside the perimeters of this paper.

We now know that every part of the body only acts in the way it has been told to by the DNA. Without those instruction nothing will happen, and death will be upon us. The DNA itself receives its instructions from an energy field. It is safe to say that the energy field which instructs your body belongs to you and to no one else, otherwise you would be no more than a puppet operated by another entity. Therefore the energy field that belongs to you must be your own energy and consequently must be the real you. It must be that which gives life to your body, that which makes you a distinct and unique feature amongst other "life" elements. You with all your experiences ever gained, you with all your personal baggage, you as a unique human energy now operate that particular body. It is you who instruct your DNA to tell your body what you want it to do.

All influences, without exception, are of an energetic nature. Whether it is the way food affects you, the weather, relationships, work or any other influence you care to mention, all of it acts upon you through your energy field because that is the only way the body can operate. On its own it can do nothing! It relies completely and entirely on the instructions it receives from the DNA, which gets its own instructions from the changes in the energy field it is "listening" to; your DNA is constantly listening to you. No direct chemical or biological interaction is possible within this "living" system. All action takes place within the energy field, the result of which is translated and expressed within the body that field is operating.

You are foremost an energy field which during some stages of its development translates itself in a material form. All actions and behaviour of that material form - the body - are expressions of the energetic YOU.

The defences and walls that surround our society have been breached.
It is time to leave behind the old beliefs and explore new ones. 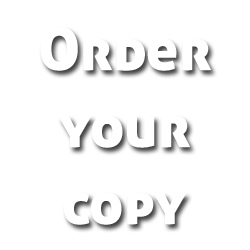